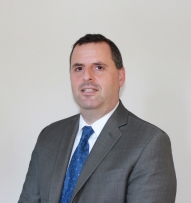 Newman Ferrara LLP is pleased to announce the addition of attorney, Michael J. Weiner as Of Counsel, to the firm’s commercial practice group.

Mike brings to Newman Ferrara more than 25 years of experience, with a focus on business litigation and arbitration. Mike deploys his extensive know-how and experience to serve his clients’ business objectives, having tried multimillion-dollar cases to disposition, argued appeals in previously-unresolved areas of the law, and settled hundreds of cases on favorable terms. The breath of cases that Mike has undertaken is as expansive as the needs of the business enterprises that he represents. He has advocated in disputes among shareholders and business partners, commercial landlord and tenant matters, breach of contract cases, insurance coverage contests, unfair competition suits, and commercial tort actions.

He is licensed to practice law in New York and New Jersey, and is also admitted to the bars of the U.S. Courts for the District of New Jersey, the Southern, Eastern and Western Districts of New York, and the U.S. Court of Appeals for the Second Circuit.

In addition to his active practice, Mike teaches Legal Analysis Writing and Research Skills at Rutgers University Law School. He was previously a part-time Adjunct Professor of Legal Writing at Brooklyn Law School.

He is a member of the Judiciary Committee of the LGBT Bar Association of Greater New York (LeGal) having served in this capacity since 2011, and the Committee’s Vice Chair since 2016. Michael has also served as LeGal’s delegate to several independent judicial screening panels in New York and Bronx Counties and has also participated in numerous pro bono projects for Legal, including its walk-in clinic at the LGBT Center on 13th Street.

We are excited to welcome him to the team.